When I write an Ability Guidebook I do my best to take all of my own pictures.  But the one thing I am always lacking is maps.  Most maps are copyrighted and the ones that have been generously shared online, often don’t have the information I need.

Maps are an important way for people with autism to get an idea of where they are going on an upcoming journey. I know my books are better when they contain a map.

In April I needed a map of the Acropolis and found several online maps that I could publish, but, oddly enough, none of them had the restrooms marked on them. They were a mix of ancient architecture and modern viewpoints but they lacked the information my book needed.  I could have doctored up somebody else’s map but that didn’t seem right. And so I spent a Saturday creating a map of the Acropolis.

Now I’m the first to acknowledge I am not a graphic artist.   But sometimes need pushes us to work outside of our comfort zone.  I needed a map with dark bold lines (for our friend’s with visual issues) that was simple in that it contained only the necessary information. That map didn’t exist and so now it does.

That last sentence is important to me. “That map didn’t exist and so now it does.”  That is how I feel about my books.  They are supports for people with autism and other neuro-diverse people. Some of those people need a support like this to get out into the world. That support didn’t exist so now it does.

What I’m doing didn’t exist so now it does.

That’s how I’m contributing. That’s how I’m leaving a mark. I’m setting an example, doing some of the work and trying to inspire others to jump in and contribute. This week Dr. Florian Sohn translated “I Am Going to the Parthenon” into German. That support didn’t exist for German speakers so now it does. 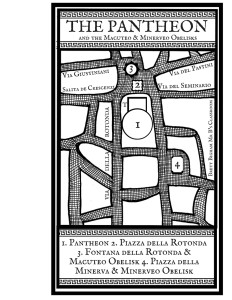 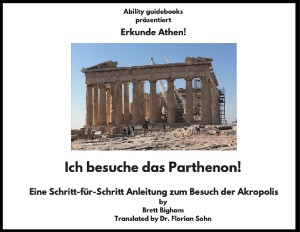 This is a very exciting day today! My dear friend Dr. Florian Sohn of Passau, Germany has translated “I Am Going To The Parthenon!” into German!!!  I have known Florian since 1990. I had just been robbed and was having a meltdown in the Copenhagen train station. This young West German from Passau helped me calm down and we’ve been friends ever since.

Florian is no longer a 19 year-old West German, he’s now a something-something year-old German Doctor who flies a plane and still has a heart of gold.

Florian has opened some doors for people in Germany who have autism. These books have a single purpose. Open a door for somebody. Help them get out into the real world. I’ve seen estimations that there are over 200,000 people with autism within the three major German-speaking countries (Switzerland, Austria and Germany). That means there are 200,000 families who dream of vacations and visiting amazing places like the Parthenon. Add those to the 800,000 people in English-speaking countries who have autism and think of their family vacations. Why can’t the Parthenon be within their grasp?

In a perfect world the airports would all have a book, and the metro would have a book and there would be supports like this for every step of the way. But this is the start. There is a book for the Portland International Airport http://www.mrbsclassroom.com/uncategorized/39/ so I am doing what I can.

And today, with Dr Florian’s help, we’ve Start den Ball ins Rollen. (See, I can speak German when I need to!)

Ability Guidebook_ I Am Going To The Parthenon! GERMAN

Hello! I am very excited to announce that I have finished another Ability Guidebook! These “guidebooks” are basic instructions on how to visit community destinations and events. I began writing these books to assist my own students with autism in attending field trips but I realized that I could be doing so much more.

In 2015 I had the amazing honor of being named an National Education Association Foundation Global Fellow.  Through this program I was sent to Peru as an ambassador for American educators. I’m the first special education teacher from Oregon to be named a Global Fellow and the trip to Peru gave me a chance to do what I do best: support people with special needs. From that trip came my first international Ability Guidebook “I’m Going to the Museo de Inka!”  I’m absolutely grateful to the NEA Foundation for giving me the opportunity to share this project with another country.

In 2015 I also had the joy of going on my honeymoon and from that trip will come the next round of international guidebooks. I have realized that I can make books whenever I visit a new city. I can show the teachers and Autism Specialists around the world of a new and better way to support our students. If our students aren’t out participating in the real world then we haven’t succeeded in our jobs. I want to make sure that I have done everything I can to help. 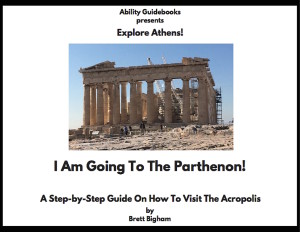 I am thrilled to say the first honeymoon book is finished!  I know that a book like this would have helped my own students visit the Acropolis and I hope it will help other people as well.

I am also hoping to find people to translate books into their native languages. If you can translate this into Greek or any other language, get in touch!

Ability Guidebook_ I Am Going To The Parthenon!